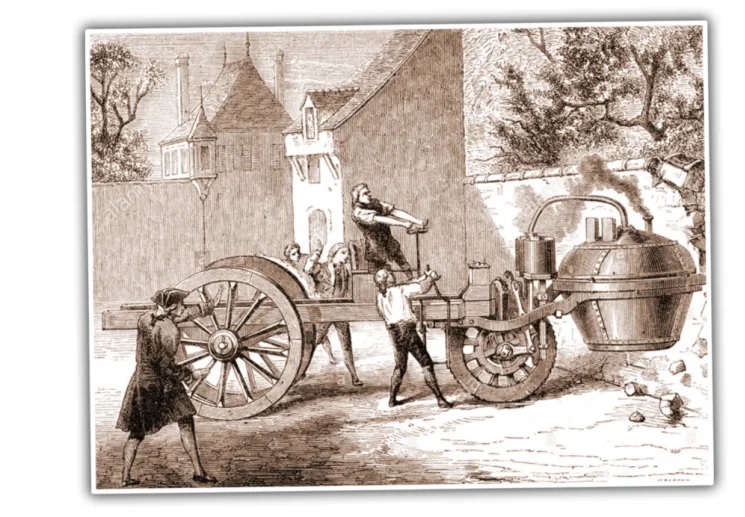 Of course, the original has to be on the list. Nicholas-Joseph Cugnot’s Steam Drag was designed to haul heavy artillery and cannonballs and that sort of thing, but it was absolutely also an automobile. It was also a barely-controllable (FWD, even) vehicle, and introduced the world to terminal understeer and gave us the first car wreck when it ran into a wall.

Scottish inventor Robert Andersen put together this simple but at the time absolutely bleeding-edge EV back in 1832. It used non-rechargeable batteries, which is hardly ideal, but it did also have the first electric lighting as well, which appears to consist of some sort of simple arc lamps.

This one also makes the list not because of its practicality or usability, but because it was such an influential first: the first internal-combustion engined car. As you well know, internal combustion definitely caught on in the automotive world, and de Rivaz’ hydrogen (stored in a balloon!) powered cart pulled it off before anything else.

The internal combustion engine was still very much in its larval stage here, with the person driving required to manage the valves and fire the spark, effectively asking the driver to be camshaft and distributor. 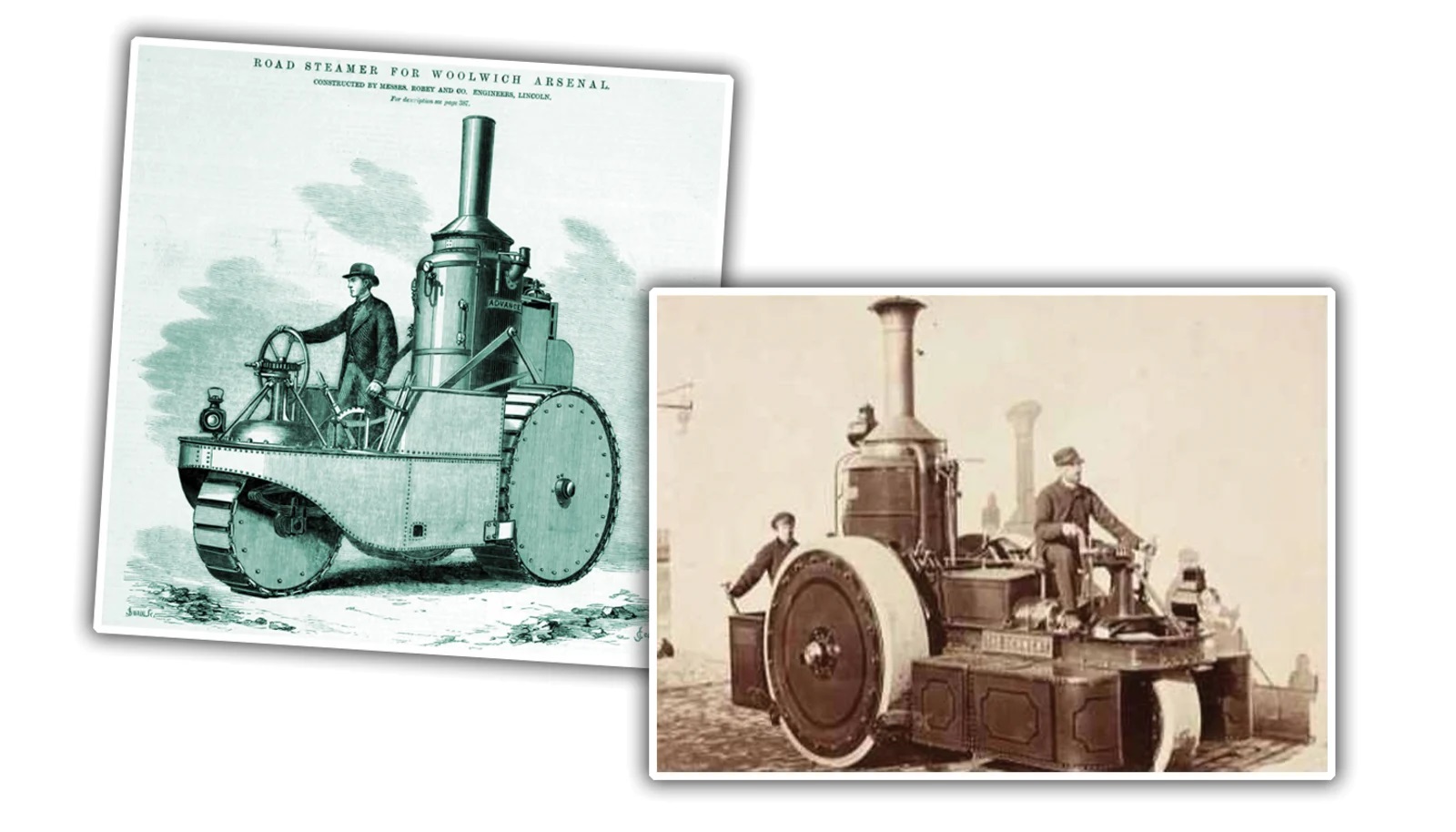 These thicc Edinburgh-built three-wheeled (iron, with 5-inch thick solid rubber tires) brutes were arguably the very first successful, commercial, hauling vehicles, or, as we’d call them, trucks. A lot of these were built, and many exported to other countries, where they hauled/towed all kinds of loads, including, in at least one case, passengers. 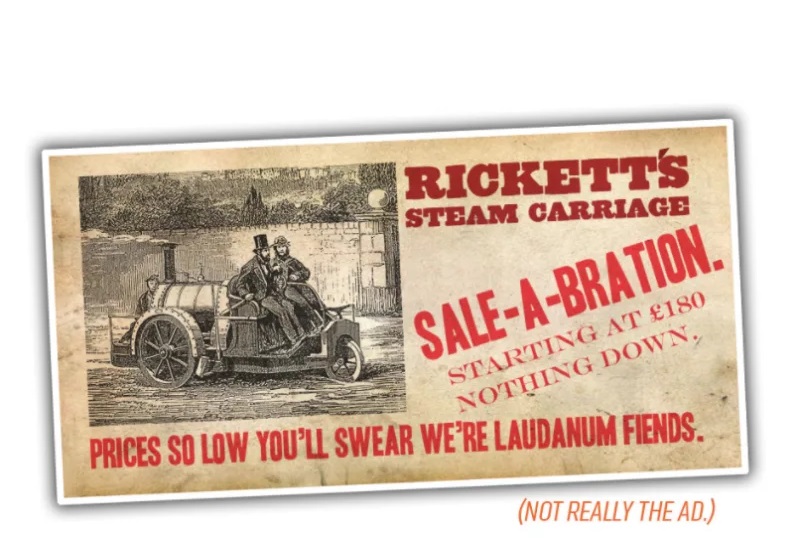 I’m including the Thomas Rickett steam carriage because it was the first car to be advertised and, I believe, sold as a private car to an owner, and was also the first private car to complete a significant (as in 100 mile) road trip. 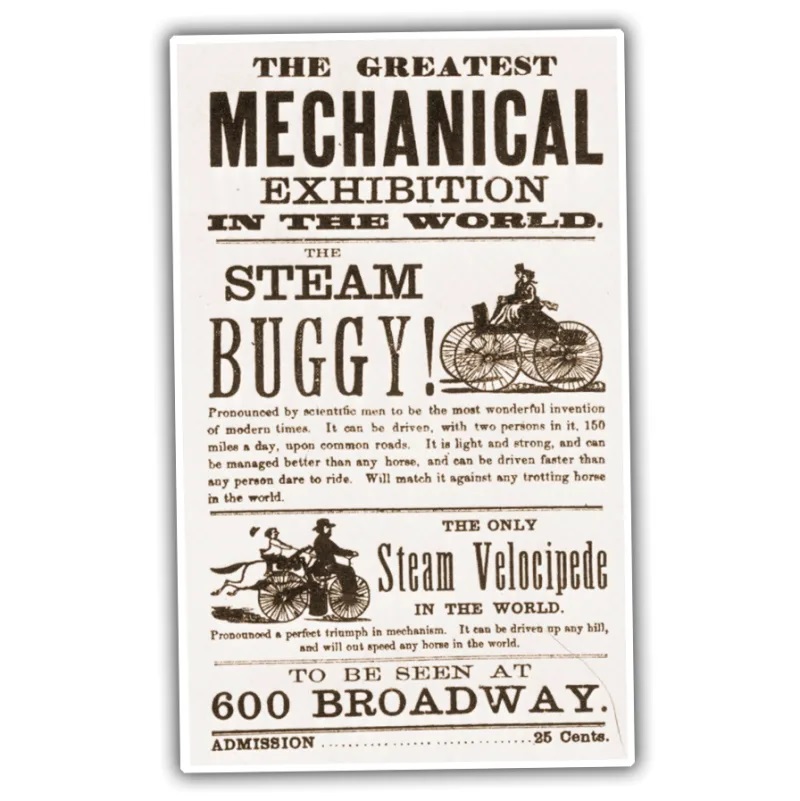 While the country was caught up in the horror of the Civil War, Sylvester Roper was building steam carriages and building the first motorcycle, in 1867. Roper would show off his car and motorcycle at fairs all across the country, making the Roper machines the first (non-rail) automobiles Americans would likely ever have encountered.

Gurney’s steam buses started the early 1800s automobile boom in the UK, offering the first motorized bus service in 1829, from London to Bath, averaging 14 MPH, which is pretty damn good for the era.

A boiler explosion of one of his steam coaches (notably not operated by him, and ignoring some key safety considerations) killed two people, which gave rise to at least one parody song:

Instead of journeys people now go upon a Gurney
With steam to do the work by power of attorney
But with a load it may explode
And you may be undone
And find you’re going up to heaven
Instead of to London.

The incident also led to a re-design where the passenger car was pulled behind the engine-car, so in case of a boiler explosion, only working-class people would die, an acceptable compromise in England back then.

Walter Hancock’s many steam omnibuses were the most successful of the first automotive boom era of the 1820s and 1830s in Great Britian. His strangely-named vehicles (Autopsy? Infant?) conducted regular, revenue-earning runs between multiple destinations, starting with London to Brighton, and overall his vehicles covered over 4,000 miles, carrying tens of thousands of passengers.

One of his omnibuses, the 1836 Automaton stands out for having run over 700 journeys between London and Paddington. All of this was documented in his book, Narrative of Twelve Years’ Experiments (1824– 1836) Demonstrative of the Practicability and Advantage of Employing Steam-Carriages. 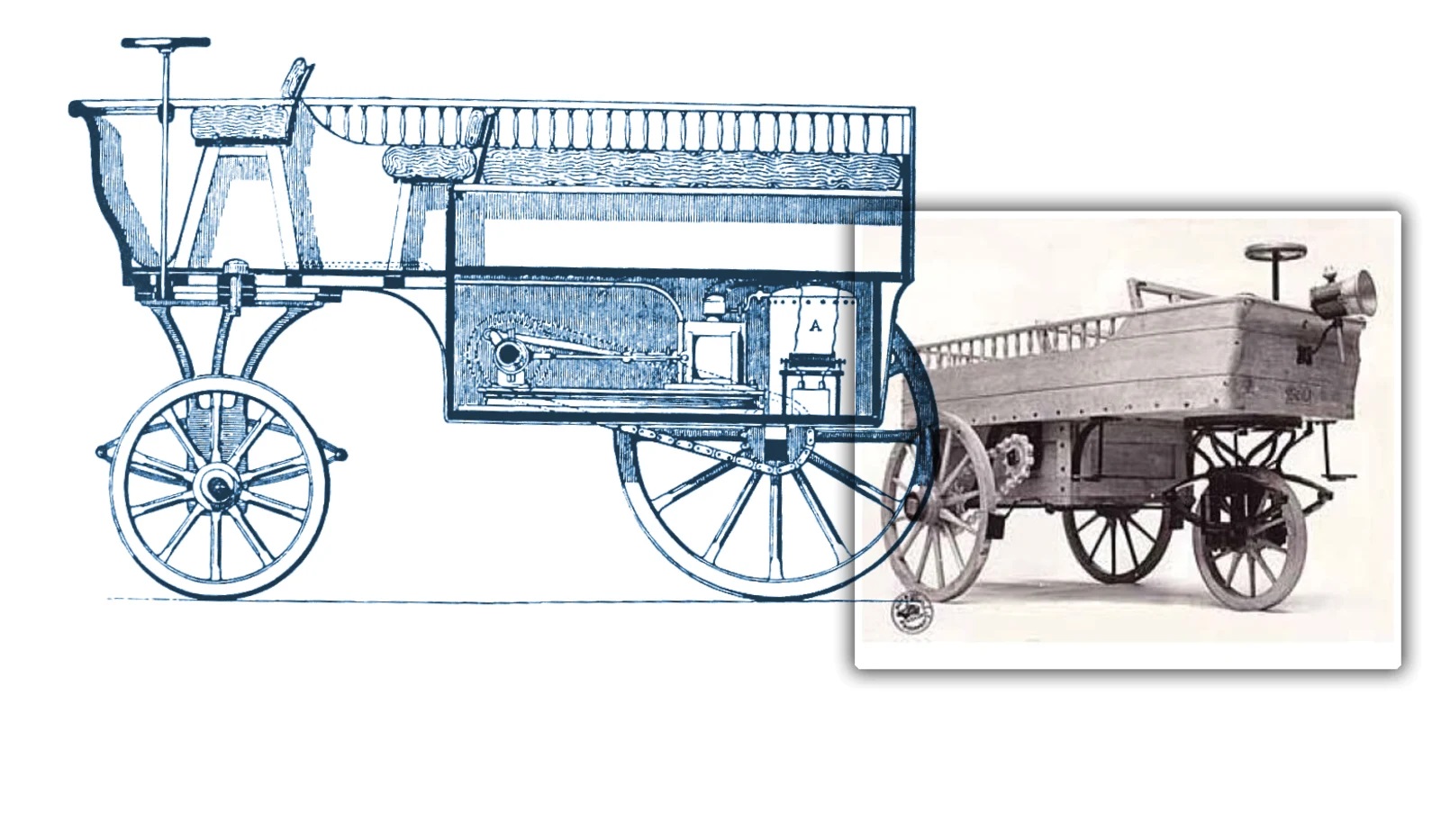 Since internal combustion engines came to dominate the next century of automobiles, I think Belgian Étienne Lenoir’s convertible woody-sided station wagon, the Hippomobile, deserves a mention.

The Hippomobile did not use the four-cycle Otto engine that would dominate the 1900s and beyond, but it did have a one-cylinder, hydrogen-gas fueled, spark-fired internal combustion engine, and was a successful vehicle, driving from Paris to Joinville-le-Pont in one recorded journey. Plus, it’s got packaging that’s basically like a convertible VW Microbus. 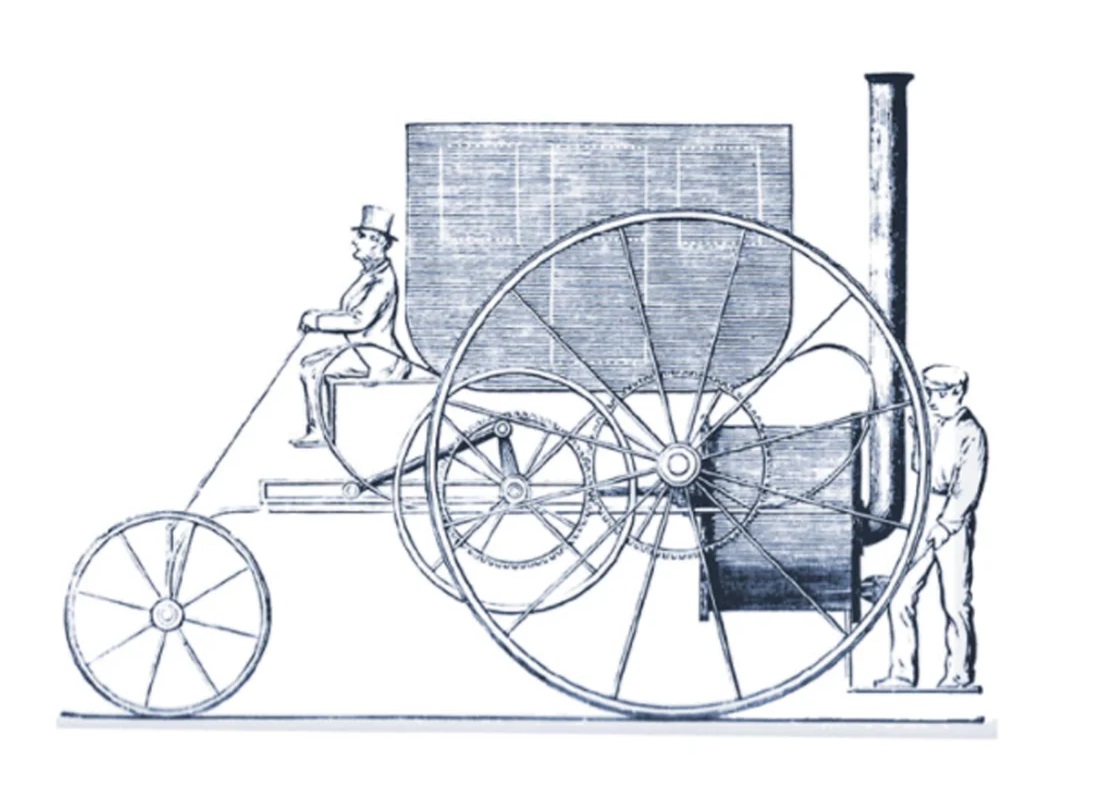